Amsterdam : Trade center of the world

At the time when the first Dutch traders were establishing relations with the indigenous tribes of North American, Amsterdam was well established as a dynamic international city of trade – in fact, the world trade center. In addition to the VOC, and the less successful WIC, there were hundreds of other companies formed to support the free and independent merchants who sailed the seas and secured the goods the world had to offer. Competition was fierce and Amsterdam was then, as it remains today, a safe haven. It’s merchants attach great importance to maintaining the confidentiality of commercial locations and opportunities. There is a theory that traders had already sailed up the Hudson, then still Rivière Montagnes, keeping their discovery quiet until Hudson’s journey brought the secret to light, forcing traders to obtain licenses to secure their business. 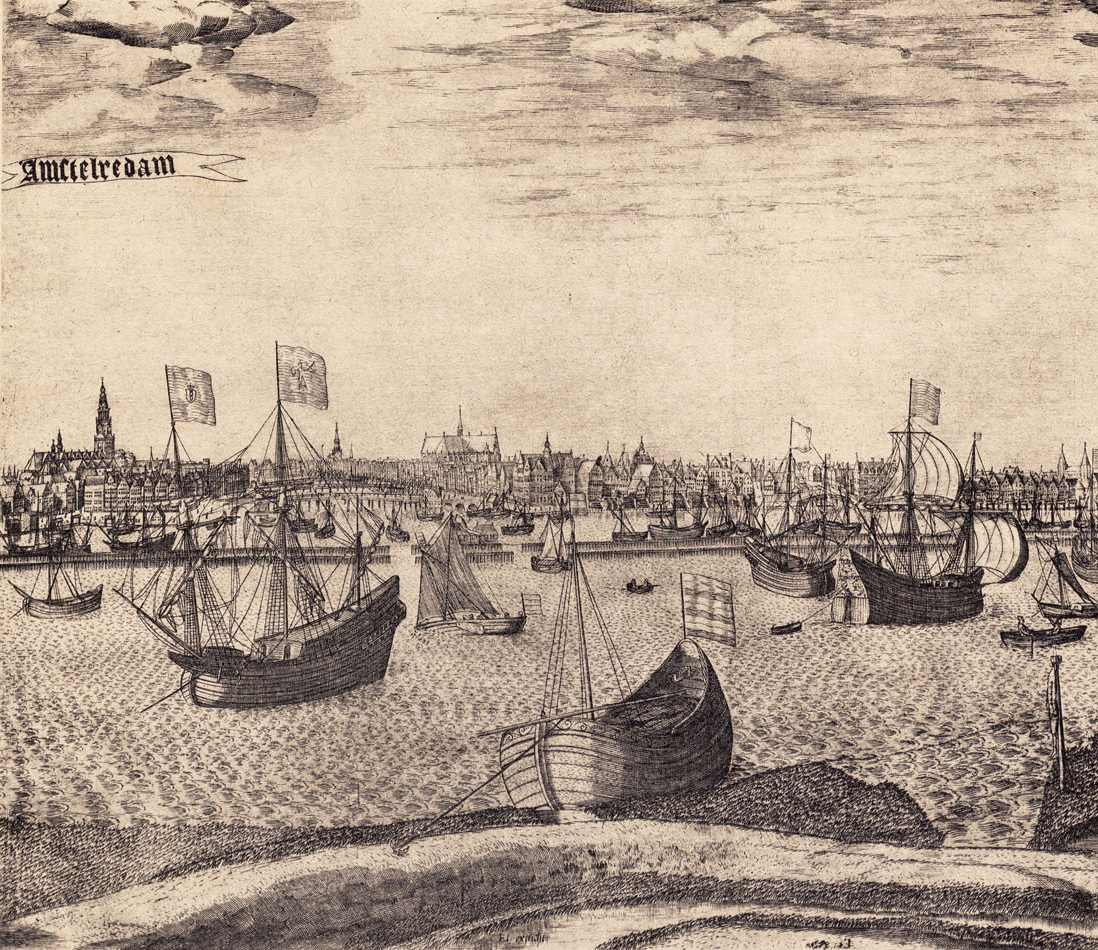