Writing the (Anglo-American) history of New York only really began in the nineteenth century. This image is one of the many depictions of those early years. At the Library of Congress, the illustration is archived as Henry Hudson descending upon the Hudson River, but whether that is true is debatable. This could just as easily be an image of Dutch merchants engaged in pragmatic and diplomatic negotiations with the Indians about a mutually-beneficial trade agreement. This depiction would, moreover, be one of the only “realistic” images of Dutch merchants and their native counterparts. Many Anglo American images of Dutch merchants and natives are caricatures – stereotypes that depict ‘The Dutch” as jocular, portly, pipe-smoking, arrogant traders and the indigenous population as dirty, poor, humble wretches. 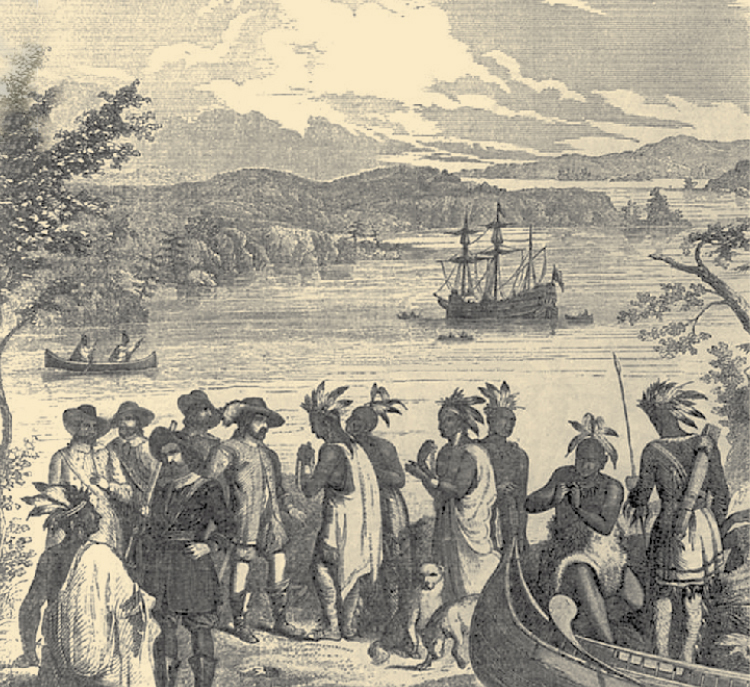