Many aspects of this map have yet to be investigated in detail, including the precise date of its creation. It is quite possible that this map was created in 1612 or 1613 and was used for a presentation to Prince Maurits. The map was found by John Romeyn Brodhead, an American who, in the nineteenth-century, visited the archives in London, Paris and Amsterdam in search of documents containing information about the history of New York. Brodhead discovered a wealth of new information that called previous assumptions into question. Suddenly the history of New York included New Netherland and the Dutch, not just the English, which had considerable consequences for Anglo-American historians who were looking to further strengthen the mythologies of Hudson, the Pilgrims, and Jamestown. 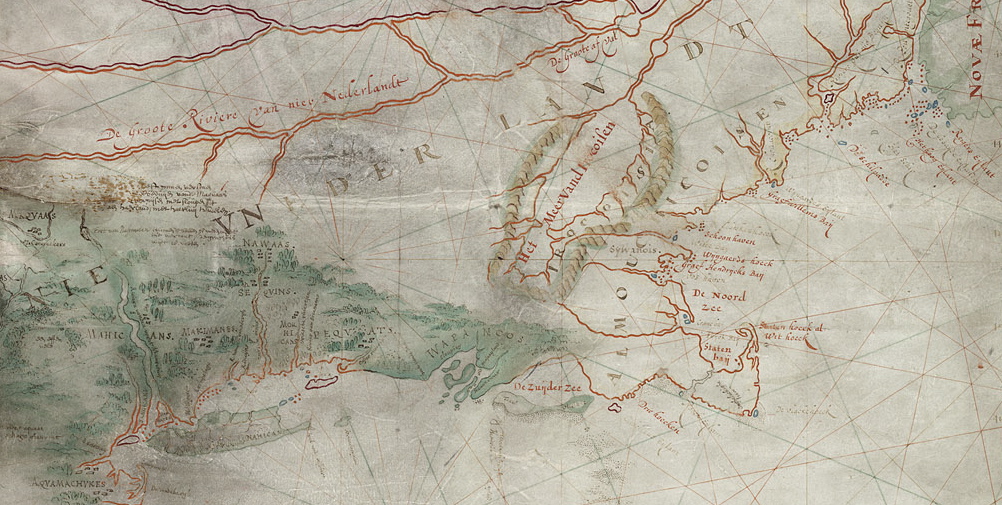