Proclamation by the States General leads to New Netherland Company

The competition between free mariners and merchants for trading rights in the valley of the River Mauritius during the period of 1611 to 1613 was found to cause both national and international problems. It was not good for business. This prompted the States General, in an effort to regain some control of the traders, to proclaim, in March 1614: ‘Anyone who discovered a new country, a new port, a new passage or a new location could get an exclusive license to conduct business in that area.’ To qualify for such a license, competing operators united in various companies: The Australian Company, the Nordic Company, and the New Netherland Company. Unlike the two other companies, the New Netherland Company received a license for a relatively short period of three years. This decision was probably due to the political sensitivities surrounding New Netherland: it was, after all, a territory that included land claimed by the English and, therefore, may not be considered as “newly discovered land.”

The license in this picture is the original business license the New Netherland Company was awarded on October, 11 1614, by the States General, which was put into effect on January 1, 1615. 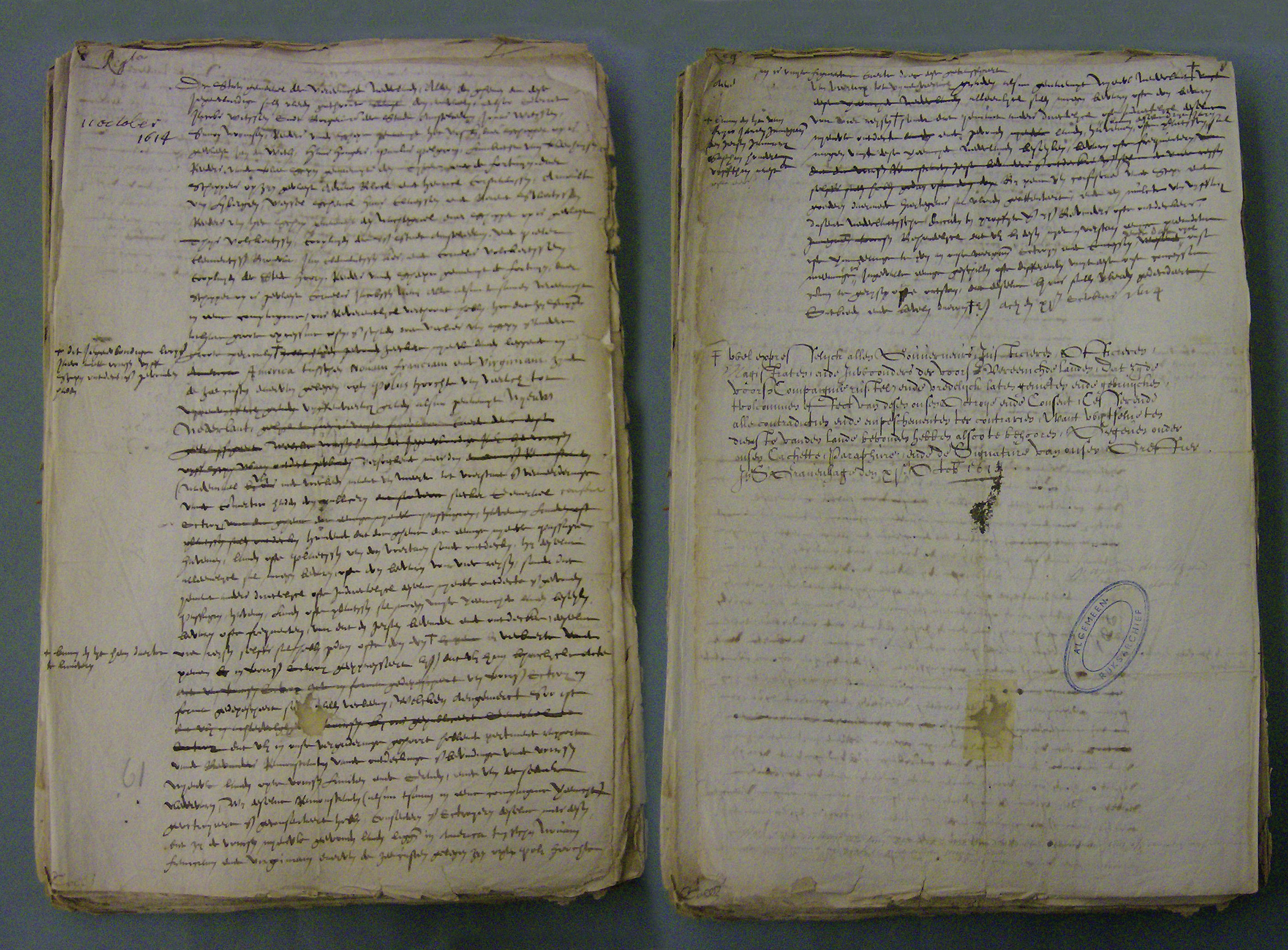