River of many names

The Hudson River has had many different names. The oldest is the indigenous name, Muhheakantuck, which loosely translated means “river that flows both ways,” which is an appropriate name for a tidal river. When the river was discovered, in 1524, by Giovanni da Verrazzano, an Italian explorer who sailed on behalf of the French, it was named “Rivière Montagnes,” the River of the Mountains. When the area was populated by Dutch mariners and river merchants, they called it “Noort River,” “Big River,” and “Mauritius River,” after Prince Mauritius. Hudson Rivier 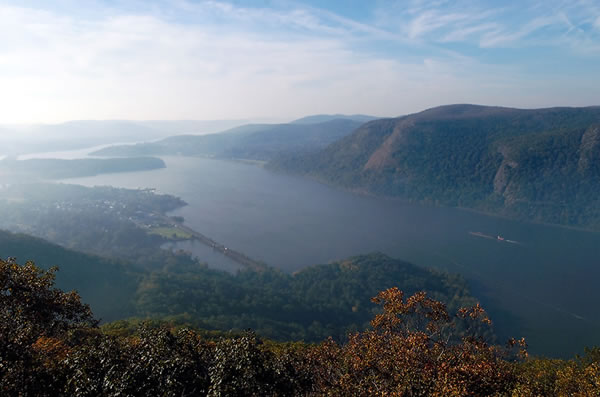