The Half Moon: A ship filled with stories

At the end of May 2015, a replica of the Half Moon, built in Albany, New York, arrived in Hoorn, The Netherlands. It is the second replica of the ship Henry Hudson made famous in his journey as the first European to sail up the Muhheakantuck River. The first replica was given by The Netherlands to New York City in 1909 to commemorate the 300th anniversary of Hudson’s journey. That ship was destroyed by a fire in 1934. This second replica will stay in Hoorn for the next five years and is open to the public. https://www.halvemaenhoorn.nl 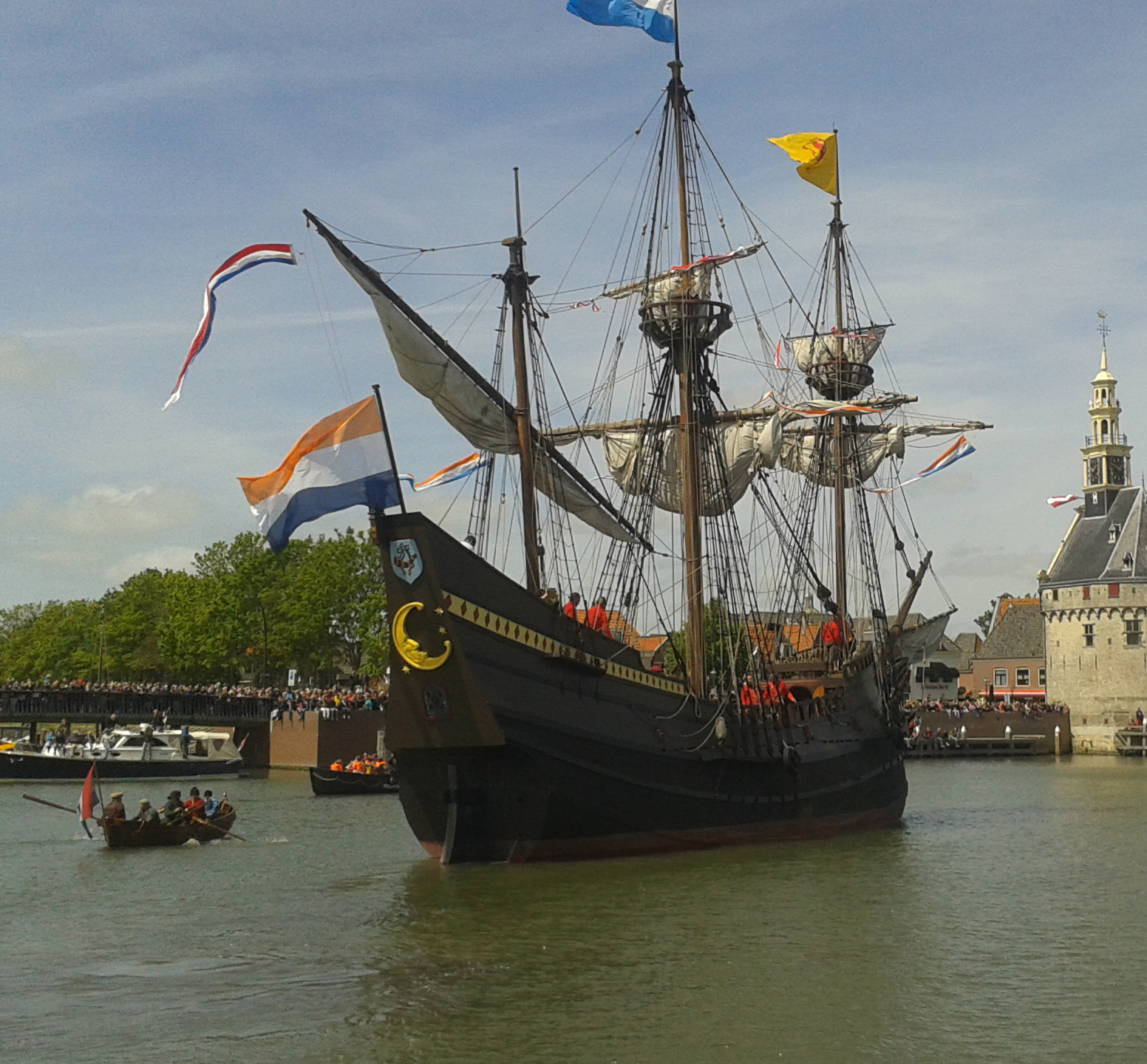