The Onrust: The first research ship of North America 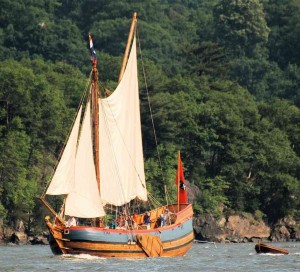 When Adriaen Block’s ship, the Tiger, was destroyed by fire at the mouth of the Muhheakantuck River, a new one was built immediately: the Unrest. It was the first ship to be built in North America and, because Block, and later Cornelis Hendricksz, used it exclusively to explore, research, and map the region, the Unrest is also considered to be North America’s first research ship. A replica of the Unrest was built near Rotterdam Junction, New York between 2006 and 2009. http://www.theonrust.com/Welcome.html. http://www.theonrust.com/